Pop-up steakhouse at No.38 The Park

We’re all about great food at The Lucky Onion – and this Race Week we’ve upped the ante with a new pop-up steakhouse at our beautiful Cheltenham townhouse No.38. Focusing on top British produce, we’ll be serving up the best cuts in town. Come May, we will be launching a permanent steak restaurant at the property so watch this space. Make a night of it and stay afterwards in one of our stunning individually-designed bedrooms which come with bold statement prints, mismatched textures and one-off artworks alongside lots of little luxuries. All of our rooms are dog friendly, too, should your four-legged friend want to join the party.

Dan Baldwin at The Paragon Gallery

At the forefront of the Young British Artist movement, contemporary British artist Dan Baldwin comes from the same abrasive, two-fingered salute school of peers Banksy, Tracey Emin and The Chapman Brothers. Known for using a kaleidoscope of colours, the artist’s work is abstract and figurative, reflecting both reality and the world of imagination. Multi-layered, both physically (Baldwin regularly uses glazes, diamond dust, collage and 3D-media) and in terms of meaning, Baldwin's subject matter is the interior of his own mind, from ruminations on love, memory or philosophical issues, to an airing of opinion on politics and current affairs.

Robert Daws leads a star cast in Ayckbourn’s classic comedy Ten Times Table. Set in the once grand ballroom of the local Swan Hotel, this new production follows the increasingly raucous attempts of a village committee to organise the first Pendon Folk Festival. The opening of the festival, as envisaged by chairman Ray, will be a supposedly uplifting pageant based on a piece of local history, The Massacre of the Pandon Twelve. Unfortunately for Ray, his calamitous committee divides, as his wife Helen has a bone to pick… Add in a Marxist schoolteacher, a military dog-breeder and an octogenarian secretary, and the table is set for a night of hilarity.

The Fureys at Cheltenham Town Hall

They have performed for presidents, prime ministers and even a former pope, now folk legends The Fureys are rocking up at Cheltenham Town Hall for a night to remember. Renowned for their hit songs ‘I will love you’, ‘When you were sweet sixteen’, ‘Red rose café’, ‘Leaving Nancy’ and ‘The green fields of France’, the band have been entertaining audiences for 42 years and counting. They are responsible for some of the most stirring music ever to capture the public’s imagination with their folk music receiving standing ovations in some of the biggest concert halls of the world.

Preview Evening at No.131

We’re on countdown to Race Week – and, in anticipation, we’ve organised a fabulous preview supper on 4th March at our beautiful Georgian townhouse No.131. Book in for a terrific night of tips and discussions plus a mouth-watering three-course meal, hosted by our Head Chef Devon Boyce who will take you through some of our top dishes, from classic home-cooked favourites to modern European fare. Panellists will dine with guests throughout the evening so you can discuss the big week ahead with the likes of Festival-winning local trainer Ben Pauling, multiple Festival-winning jockey Tom Scudamore, Steve Jones and Luke Tarr.

The road to re-opening begins now

Take it away at the Crown 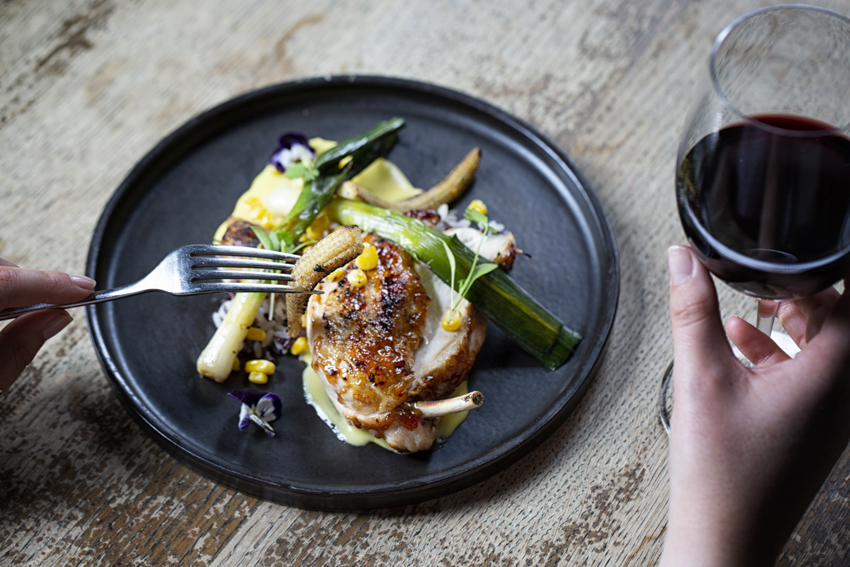 Eat Out to Help Out

Join us every Monday, Tuesday or Wednesday throughout August and enjoy 50% off** all day.
**to the value of £10 per diner, on food and non-alcoholic drinks.